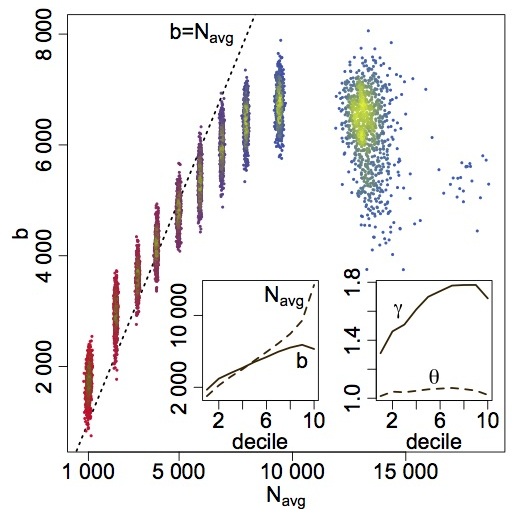 Abstract: Natural languages are full of rules and exceptions. One of the most famous quantitative rules is Zipf's law which states that the frequency of occurrence of a word is approximately inversely proportional to its rank. Though this `law' of ranks has been found to hold across disparate texts and forms of data, analyses of increasingly large corpora over the last 15 years have revealed the existence of two scaling regimes. These regimes have thus far been explained by a hypothesis suggesting a separability of languages into core and non-core lexica. Here, we present and defend an alternative hypothesis, that the two scaling regimes result from the act of aggregating texts. We observe that text mixing leads to an effective decay of word introduction, which we show provides accurate predictions of the location and severity of breaks in scaling. Upon examining large corpora from 10 languages, we find emphatic empirical support for the universality of our claim.