More recent
How Famous is a Scientist? -- Famous to Those Who Know Us 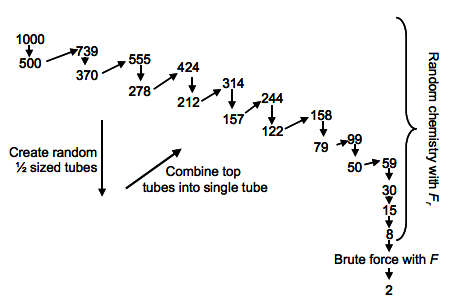 Abstract: There are estimated to be on the order of 10 6 single nucleotide polymorphisms (SNPs) existing as standing variation in the human genome. Certain combinations of these SNPs can interact in complex ways to predispose individuals for a variety of common diseases, even though individual SNPs may have no ill effects. Detecting these epistatic combinations is a computationally daunting task. Trying to use individual or growing subsets of SNPs as building blocks for detection of larger combinations of purely epistatic SNPs (e.g., via genetic algorithms or genetic programming) is no better than random search, since there is no predictive power in subsets of the correct set of epistatically interacting SNPs. Here, we explore the potential for hill-climbing from the other direction; that is, from large sets of candidate SNPs to smaller ones.