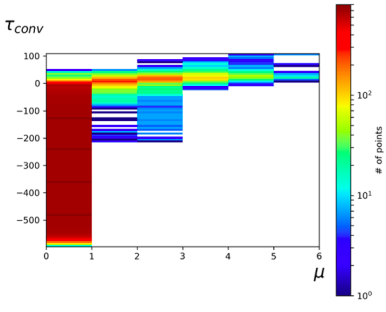 Abstract: Modularity is a system property of many natural and artificial adaptive systems. Evolutionary algorithms designed to produce modular solutions have increased convergence rates and improved generalization ability; however, their performance can be impacted if the task is inherently nonmodular. Previously, we have shown that some design variables can influence whether the task on the remaining variables is inherently modular. We investigate the possibility of exploiting that dependence to simplify optimization and arrive at a general design pattern that we use to show that evolutionary search can seek such modularity-inducing design variable values, thus easing subsequent search for highly fit, modular organization within the remaining design variables. We investigate this approach with embodied agents in which evolutionary discovery of morphology enables subsequent discovery of highly fit, modular controllers and show that it benefits from biasing search toward modular controllers and setting the mutation rate for control policies higher than that for morphology. This work also reinforces our previous finding that the relationship between modularity and evolvability that is well-studied in nonembodied systems can, under certain conditions, be generalized to include embodied systems as well and provides a practical approach to satisfying the conditions in question.