ENIGMA and the individual: predicting factors that affect the brain in 35 countries worldwide 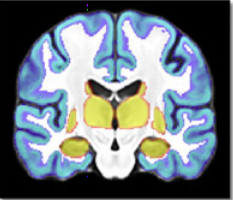 Abstract: In this review, we discuss recent work by the ENIGMA Consortium (http://enigma.ini.usc.edu) – a global alliance of over 500 scientists spread across 200 institutions in 35 countries collectively analyzing brain imaging, clinical, and genetic data. Initially formed to detect genetic influences on brain measures, ENIGMA has grown to over 30 working groups studying 12 major brain diseases by pooling and comparing brain data. In some of the largest neuroimaging studies to date – of schizophrenia and major depression – ENIGMA has found replicable disease effects on the brain that are consistent worldwide, as well as factors that modulate disease effects. In partnership with other consortia including ADNI, CHARGE, IMAGEN and others1, ENIGMA's genomic screens – now numbering over 30,000 MRI scans – have revealed at least 8 genetic loci that affect brain volumes. Downstream of gene findings, ENIGMA has revealed how these individual variants – and genetic variants in general – may affect both the brain and risk for a range of diseases. The ENIGMA consortium is discovering factors that consistently affect brain structure and function that will serve as future predictors linking individual brain scans and genomic data. It is generating vast pools of normative data on brain measures – from tens of thousands of people – that may help detect deviations from normal development or aging in specific groups of subjects. We discuss challenges and opportunities in applying these predictors to individual subjects and new cohorts, as well as lessons we have learned in ENIGMA's efforts so far.