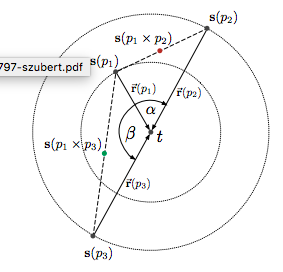 Abstract: Maintaining population diversity has long been considered fundamental to the effectiveness of evolutionary algorithms. Recently, with the advent of novelty search, there has been an increasing interest in sustaining behavioral diversity by using both fitness and behavioral novelty as separate search objectives. However, since the novelty objective explicitly rewards diverging from other individuals, it can antagonize the original fitness objective that rewards convergence toward the solution(s). As a result, fostering behavioral diversity may prevent proper exploitation of the most interesting regions of the behavioral space, and thus adversely affect the overall search performance. In this paper, we argue that an antagonism between behavioral diversity and fitness can indeed exist in semantic genetic programming applied to symbolic regression. Minimizing error draws individuals toward the target semantics but promoting novelty, defined as a distance in the semantic space, scatters them away from it. We introduce a less conflicting novelty metric, defined as an angular distance between two program semantics with respect to the target semantics. The experimental results show that this metric, in contrast to the other considered diversity promoting objectives, allows to consistently improve the performance of genetic programming regardless of whether it employs a syntactic or a semantic search operator.