Prediction of alcohol drinking in adolescents: personality-traits, behavior, brain responses, and genetic variations in the context of reward sensitivity 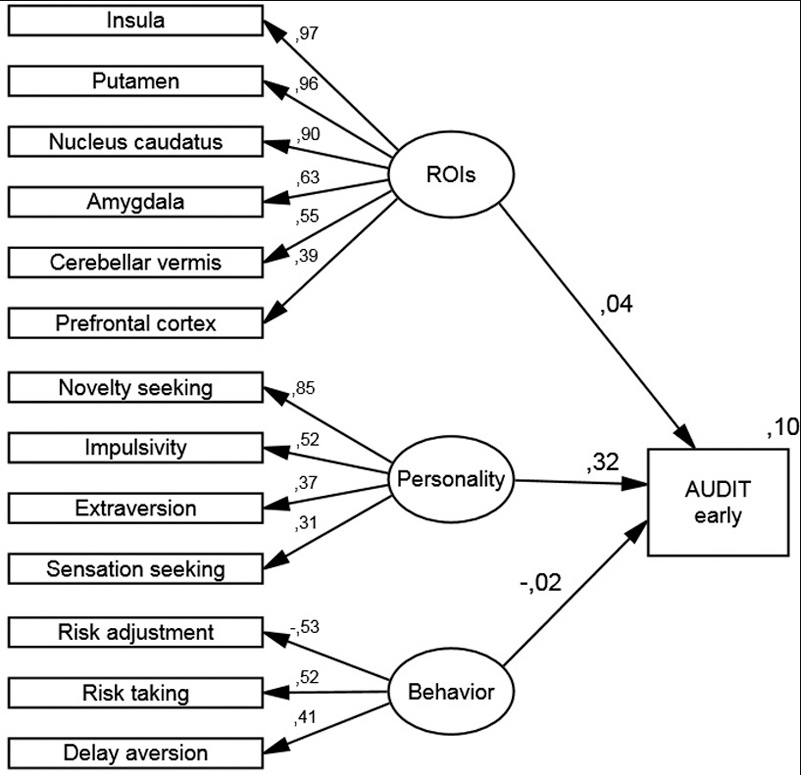 Abstract: Adolescence is a time that can set the course of alcohol abuse later in life. Sensitivity to reward on multiple levels is a major factor in this development. We examined 736 adolescents from the IMAGEN longitudinal study for alcohol drinking during early (mean age = 14.37) and again later (mean age = 16.45) adolescence. Conducting structural equation modeling we evaluated the contribution of reward-related personality traits, behavior, brain responses and candidate genes. Personality seems to be most important in explaining alcohol drinking in early adolescence. However, genetic variations in ANKK1 (rs1800497) and HOMER1 (rs7713917) play an equal role in predicting alcohol drinking two years later and are most important in predicting the increase in alcohol consumption. We hypothesize that the initiation of alcohol use may be driven more strongly by personality while the transition to increased alcohol use is more genetically influenced.