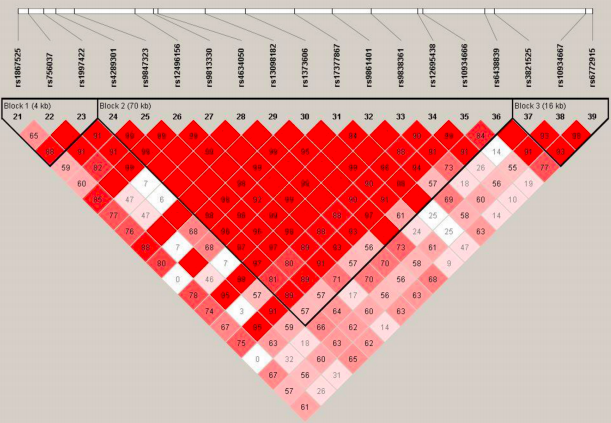 Abstract: Impulsivity is associated with a spectrum of psychiatric disorders including drug addiction. To investigate genetic associations with impulsivity and initiation of drug taking, we took a two-step approach. First, we identified genes whose expression level in prefrontal cortex, striatum and accumbens were associated with impulsive behavior in the 5-choice serial reaction time task across 10 BXD recombinant inbred (BXD RI) mouse strains and their progenitor C57BL/6J and DBA2/J strains. Behavioral data were correlated with regional gene expression using GeneNetwork (www.genenetwork.org), to identify 44 genes whose probability of association with impulsivity exceeded a false discovery rate of < 0.05. We then interrogated the IMAGEN database of 1423 adolescents for potential associations of SNPs in human homologs of those genes identified in the mouse study, with brain activation during impulsive performance in the Monetary Incentive Delay task, and with novelty seeking scores from the Temperament and Character Inventory, as well as alcohol experience. There was a significant overall association between the human homologs of impulsivity-related genes and percentage of premature responses in the MID task and with fMRI BOLD-response in ventral striatum (VS) during reward anticipation. In contrast, no significant association was found between the polygenic scores and anterior cingulate cortex activation. Univariate association analyses revealed that the G allele (major) of the intronic SNP rs6438839 in the KALRN gene was significantly associated with increased VS activation. Additionally, the A-allele (minor) of KALRN intronic SNP rs4634050, belonging to the same haplotype block, was associated with increased frequency of binge drinking.