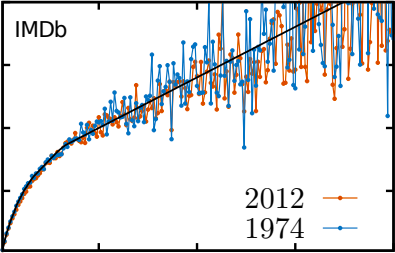 Abstract: Scale independence is a ubiquitous feature of complex systems that implies a highly skewed distribution of resources with no characteristic scale. Research has long focused on why systems as varied as protein networks, evolution, and stock actions all feature scale independence. Assuming that they simply do, we focus here on describing how this behavior emerges, in contrast to more idealized models usually considered. We arrive at the conjecture that a minimal model to explain the growth toward scale independence involves only two coupled dynamical features: the first is the well-known preferential attachment principle, and the second is a general form of delayed temporal scaling. While the first is sufficient, the second is present in all studied data and appears to maximize the speed of convergence to true scale independence. The delay in this temporal scaling acts as a coupling between population growth and individual activity. Together, these two dynamical properties appear to pave a precise evolution path, such that even an instantaneous snapshot of a distribution is enough to reconstruct the past of the system and predict its future. We validate our approach and confirm its usefulness in diverse spheres of human activities, ranging from scientific and artistic productivity to sexual relations and online traffic.