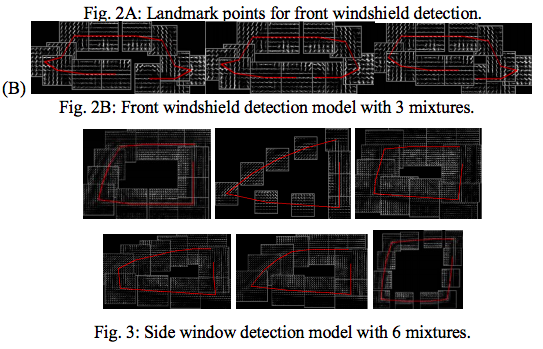 Abstract: High Occupancy Vehicle (HOV) lanes encourage carpooling and have been a common method used by transportation agencies to reduce congestion on highways. Image-based enforcement for HOV lanes is an emerging technology that uses one or more cameras mounted on overhead gantries and/or roadside poles to capture imagery inside vehicles and make computer vision based assessments of the occupancy state of the vehicle. One proposed system uses two cameras to capture images of the front seat and rear seat of vehicles traveling in HOV lanes and identifies violators by processing the captured images. In this paper, we compare combining information from the two cameras using either an early fusion approach or a late fusion approach to determine whether the vehicle is a car pool lane violator or not. The performance is compared on a set of images acquired'in-the-wild'from public roadway testing sites.