Less recent
Coexistence of phases and the observability of random graphs 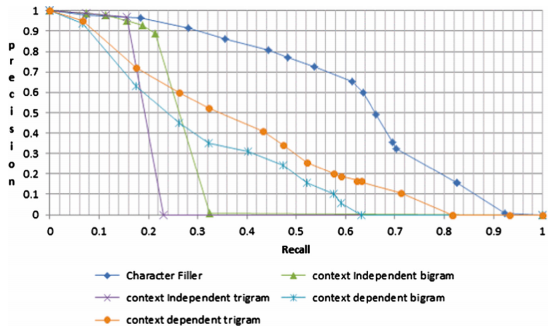 Abstract: We propose a statistical script independent line based word spotting framework for offline handwritten documents based on Hidden Markov Models. We propose and compare an exhaustive study of filler models and background models for better representation of background or non-keyword text. The candidate keywords are pruned in a two stage spotting framework using the character based and lexicon based background models. The system deals with large vocabulary without the need for word or character segmentation. The script independent word spotting system is evaluated on a mixed corpus of public dataset from several scripts such as IAM for English, AMA for Arabic and LAW for Devanagari.