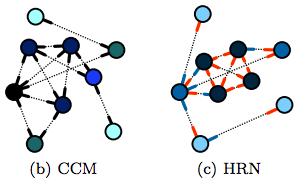 Abstract: The k-core decomposition of a network has thus far mainly served as a powerful tool for the empirical study of complex networks. We now propose its explicit integration in a theoretical model. We introduce a hard-core random network (HRN) model that generates maximally random networks with arbitrary degree distribution and arbitrary k-core structure. We then solve exactly the bond percolation problem on the HRN model and produce fast and precise analytical estimates for the corresponding real networks. Extensive comparison with real databases reveals that our approach performs better than existing models, while requiring less input information.