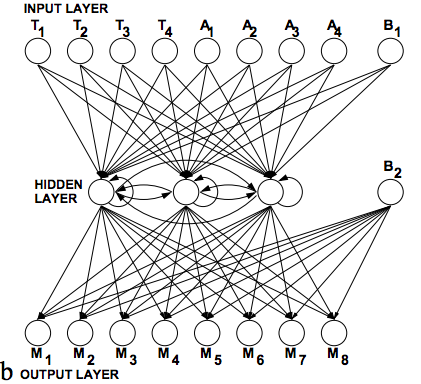 Abstract: An important question in cognitive science is whether internal models are encoded in the brain of higher animals at birth, and are only subsequently refined through experience, or whether models are synthesized over the lifetime of an animal–and if so, how are they formed. A further question is whether animals maintain a single model of a particular body part or tool, or whether multiple competing models are maintained simultaneously. In this paper we describe a co-evolutionary algorithm that automatically synthesizes and maintains multiple candidate models of a behaving robot. These predictive models can then be used to generate new controllers to either elicit some desired behavior under uncertainty (where competing models agree on the resulting behavior); or determine actions that uncover hidden components of the target robot (where models disagree, indicating further model synthesis is required). We demonstrate automated model synthesis from sensor data; model synthesis ‘from scratch’(little initial knowledge about the robot’s morphology is assumed); and integrated, continued model synthesis and controller design. This new modeling methodology may shed light on how models are acquired and maintained in higher organisms for the purpose of prediction and anticipation.