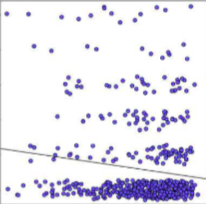 Abstract: Background: Nociceptin is a key regulator linking environmental stress and alcohol drinking. In a genome‐wide methylation analysis, we recently identified an association of a methylated region in the OPRL1 gene with alcohol‐use disorders. Methods: Here, we investigate the biological basis of this observation by analysing psychosocial stressors, methylation of the OPRL1 gene, brain response during reward anticipation and alcohol drinking in 660 fourteen‐year‐old adolescents of the IMAGEN study. We validate our findings in marchigian sardinian (msP) alcohol‐preferring rats that are genetically selected for increased alcohol drinking and stress sensitivity. Results: We found that low methylation levels in intron 1 of OPRL1 are associated with higher psychosocial stress and higher frequency of binge drinking, an effect mediated by OPRL1 methylation. In individuals with low methylation of OPRL1, frequency of binge drinking is associated with stronger BOLD response in the ventral striatum during reward anticipation. In msP rats, we found that stress results in increased alcohol intake and decreased methylation of OPRL1 in the nucleus accumbens. Conclusions: Our findings describe an epigenetic mechanism that helps to explain how psychosocial stress influences risky alcohol consumption and reward processing, thus contributing to the elucidation of biological mechanisms underlying risk for substance abuse.