More recent
The Impact of Uncertainty in a Blood Coagulation Model 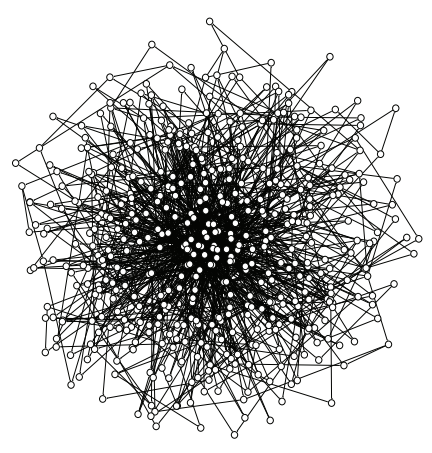 Abstract: There has been a recent surge of interest in studying dynamical processes, including evolutionary optimization, on scale-free topologies. While various scaling parameters and assortativities have been observed in natural scale-free interaction networks, most previous studies of dynamics on scale-free graphs have employed a graph-generating algorithm that yields a topology with an uncorrelated degree distribution and a fixed scaling parameter. In this paper, we advance the understanding of selective pressure in scale-free networks by systematically investigating takeover times under local uniform selection in scale-free topologies with varying scaling exponents, assortativities, average degrees, and numbers of vertices. We demonstrate why the so-called characteristic path length of a graph is a nonlinear function of both scaling and assortativity. Neither the eigenvalues of the adjacency matrix nor the effective population size was sufficient to account for the variance in takeover times over the parameter space that was explored. Rather, we show that 97% of the variance of logarithmically transformed average takeover times, on all scale-free graphs tested, could be accounted for by a planar function of: 1) the average inverse degree (which captures the effects of scaling) and 2) the logarithm of the population size. Additionally, we show that at low scaling exponents, increasingly positive assortativities increased the variability between experiments on different random graph instances, while increasingly negative assortativities increased the variability between takeover times from different initial conditions on the same graph instances. We explore the mechanisms behind our sometimes counterintuitive findings, and discuss potential implications for evolutionary computation and other relevant disciplines.