Proceedings of the 9th annual conference on Genetic and evolutionary computation, , 308-315, 2007 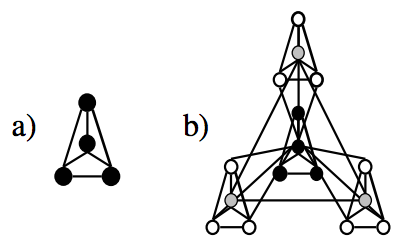 Abstract: The topological properties of a network directly impact the flow of information through a system. In evolving populations, the topology of inter-individual interactions affects the rate of dissemination of advantageous genetic information and thus affects selective pressure. In this study, we investigate the selective pressures induced by several scale-free population structures using takeover time analysis. Previous results have shown that the selective pressures induced by scale-free interaction topologies are at least as strong as those induced by random and panmictic interaction topologies. In contrast, our results show that the selective pressures induced by scale-free interaction topologies are heavily influenced by their underlying topological properties, and can be tuned from a selective pressure close to that of a random or panmictic topology to a selective pressure that is weaker than that of a two-dimensional toroidal lattice with 3x3 rectangular neighborhoods of interactions. We also provide a detailed topological analysis of these population structures and discuss their influence on the observed dynamics in takeover times. We show that the expected takeover times observed on all population structures considered herein can be rapidly estimated using only a few readily computable metrics of the underlying topology, precluding the need to run expensive simulations or recursive probabilistic formulations.