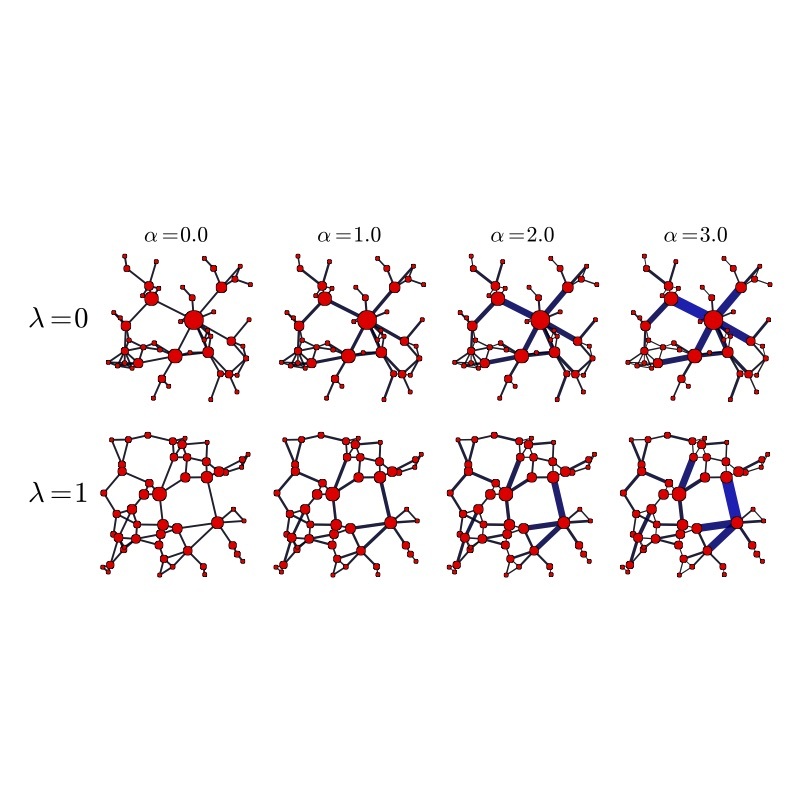 Abstract: Power lines, roadways, pipelines, and other physical infrastructure are critical to modern society. These structures may be viewed as spatial networks where geographic distances play a role in the functionality and construction cost of links. Traditionally, studies of network robustness have primarily considered the connectedness of large, random networks. Yet for spatial infrastructure, physical distances must also play a role in network robustness. Understanding the robustness of small spatial networks is particularly important with the increasing interest in microgrids, i.e., small-area distributed power grids that are well suited to using renewable energy resources. We study the random failures of links in small networks where functionality depends on both spatial distance and topological connectedness. By introducing a percolation model where the failure of each link is proportional to its spatial length, we find that when failures depend on spatial distances, networks are more fragile than expected. Accounting for spatial effects in both construction and robustness is important for designing efficient microgrids and other network infrastructure.