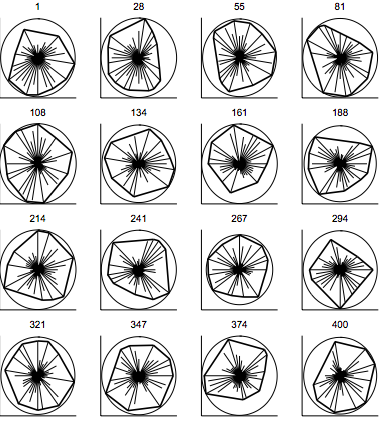 Abstract: In the domain of design, there are two ways of viewing the competitiveness of evolved structures: they either improve in some manner on previous solutions; they produce alternative designs that were not previously considered; or they achieve both. In this paper we show that the way in which designs are genetically encoded influences which alternative structures are discovered, for problems in which a set of more than one optimal solution exists. The problem considered is one of the most ancient known to humanity: design a two-dimensional shape that, when rolled across flat ground, maintains a constant height. It was not until the late 19th century - roughly 7000 years after the discovery of the wheel - that Franz Reuleaux showed that a circle is not the only optimal solution. Here we demonstrate that artificial evolution repeats this discovery in under one hour.