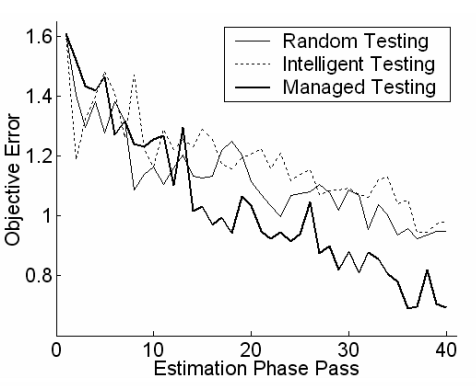 Abstract: Co-evolution of system models and system tests can be used for exploratory system identification of physical platforms. Here we demonstrate how the amount of physical testing can be reduced by managing the difficulty that a population of tests poses to a population of candidate models. If test difficulty is not managed, then disengagement between the two populations occurs: The difficulty of the evolved test data supplied to the model population may grow faster than the ability of the models to explain them. Here we use variance of model outputs for a given test as a predictor of the tests’ difficulty. Proper engagement of the co-evolving populations is achieved by evolving tests that induce a particular amount of variance. We demonstrate this claim by identifying nonlinear dynamical systems using nonlinear models and linear approximation models.