Workshop Proceedings for the Genetic and Evolutionary Computation Conference (GECCO) 2006, , , 2006 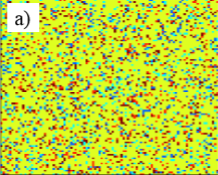 Abstract: Speciation caused by intrinsically forming barriers to gene flow is demonstrated using simulated populations. Although theory predicts that underdominance would be quickly eliminated from randomly mating populations, herein it is shown that when mating interactions are localized, mild underdominance can persist for long periods, as interbreeding populations self-organize into patches of compatible types separated by viable hybrid zones. Under certain types of even mild epistasis, hybrid zones will coalesce to create intrinsic barriers to gene flow between subgroups, resulting in speciation. Since underdominance, epistasis, and spatially localized mating/dispersal have all been observed in natural populations, the proposed mechanism is feasible and parsimonious. This model of speciation does not require any pre-mating isolation mechanisms, such as geographic isolation or assortative mating interactions due to niche differentiation or sexual selection. However, the presence of these would enhance the effects and reduce the time to speciation. It is probable that in natural systems, many mechanisms are operating simultaneously to cause speciation.