Proceedings of the 14th annual conference companion on Genetic and evolutionary computation, , 625-626, 2012 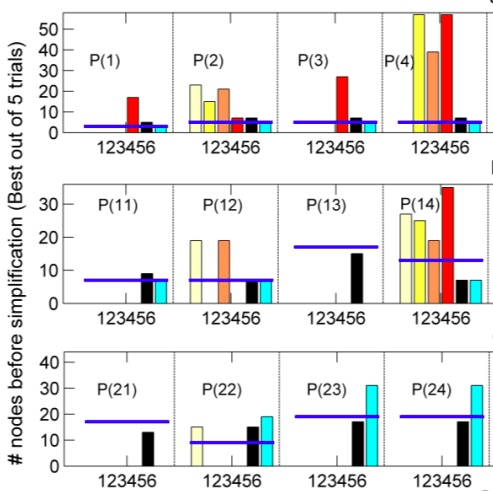 Abstract: We employ a variant of Differential Evolution (DE) for co-evolution of real coefficients in Genetic Programming (GP). This GP DE method is applied to 30 randomly generated symbolic regression problems of varying difficulty. Expressions were evolved on sparsely sampled points, but were evaluated for accuracy using densely sampled points over much wider ranges of inputs. The GP DE had successful runs on 25 of 30 problems,  whereas GP using Ephemeral Random Constants succeeded on only 6 and the multi-objective GP Eureqa on only 18. Although nesting DE slows down each GP generation significantly, successful GP DE runs required many fewer GP generations than the other methods and, in nearly all cases, the number of nodes in the best evolved trees were smaller in GP DE than with the other  GP methods.