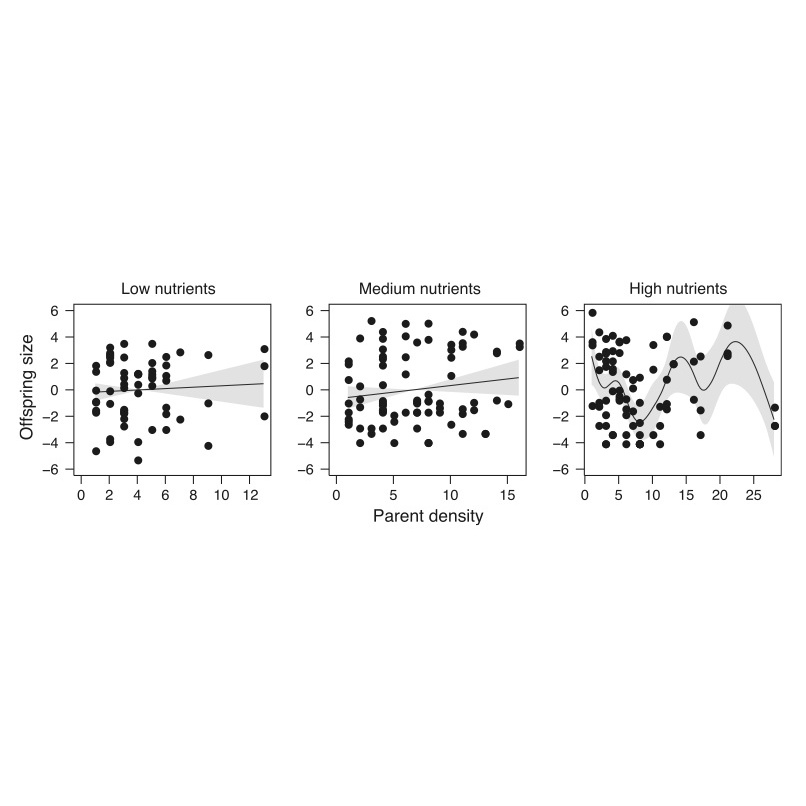 Abstract: Controlling weed populations requires an understanding of their underlying population dynamics which can be achieved through a combination of model development and long-term studies. In this paper, we develop models based on long-term data from experimental populations of the weedy annual plant Cardamine pensylvanica. Four replicate populations of C. pensylvanica were grown in growth chambers under three different nutrient levels but with all other environmental conditions held constant. We analyze the resulting time series using generalized additive models and perform stability analyses using Lyapunov exponents. Further, we test whether the proposed mechanism, delayed density dependence caused by maternal effects, is operating in our system by experimentally manipulating maternal density and assessing the resulting offspring quality. Our results show that that increasing the frequency of nutrients causes plant population dynamics to shift from stable to damped 2-point oscillations to longer cycles. This shift in population dynamics is due to a shift at high nutrients from populations being regulated by first order density feedbacks to being regulated by both first order and second order density feedbacks. A consequence of these first order and second order feedbacks was an increase in cycle lengths as demonstrated by the presence of complex eigenvalues. A short-term experiment confirmed that when grown under high nutrients, the density of maternal plants strongly affected offspring size, providing a mechanism whereby these second order density feedbacks could operate. Our results demonstrate that increasing nutrient frequency results in a qualitative shift in dynamics from stable to longer cycles.