Aggressive shadowing of a low-dimensional model of atmospheric dynamics 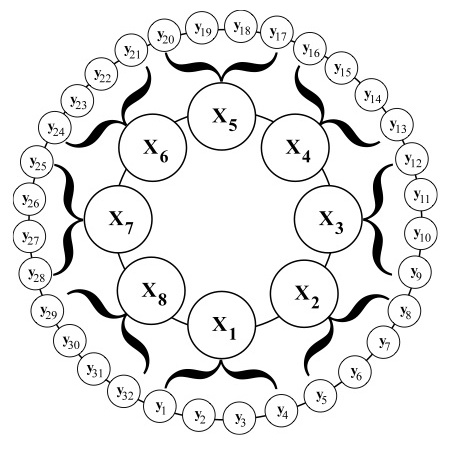 Abstract: Predictions of the future state of the Earth’s atmosphere suffer from the consequences of chaos: numerical weather forecast models quickly diverge from observations as uncertainty in the initial state is amplified by nonlinearity. One measure of the utility of a forecast is its shadowing time, informally given by the period of time for which the forecast is a reasonable description of reality. The present work uses the Lorenz '96 coupled system, a simplified nonlinear model of atmospheric dynamics, to extend a recently developed technique for lengthening the shadowing time of a dynamical system. Ensemble forecasting is used to make forecasts with and without inflation, a method whereby the ensemble is regularly expanded artificially along dimensions whose uncertainty is contracting. The first goal of this work is to compare model forecasts, with and without inflation, to a true trajectory created by integrating a modified version of the same model. The second goal is to establish whether inflation can increase the maximum shadowing time for a single optimal member of the ensemble. In the second experiment the true trajectory is known a priori, and only the closest ensemble members are retained at each time step, a technique known as stalking. Finally, a targeted inflation is introduced to both techniques to reduce the number of instances in which inflation occurs in directions likely to be incommensurate with the true trajectory. Results varied for inflation, with success dependent upon the experimental design parameters (e.g. size of state space, inflation amount). However, a more targeted inflation successfully reduced the number of forecast degradations without significantly reducing the number of forecast improvements. Utilized appropriately, inflation has the potential to improve predictions of the future state of atmospheric phenomena, as well as other physical systems.