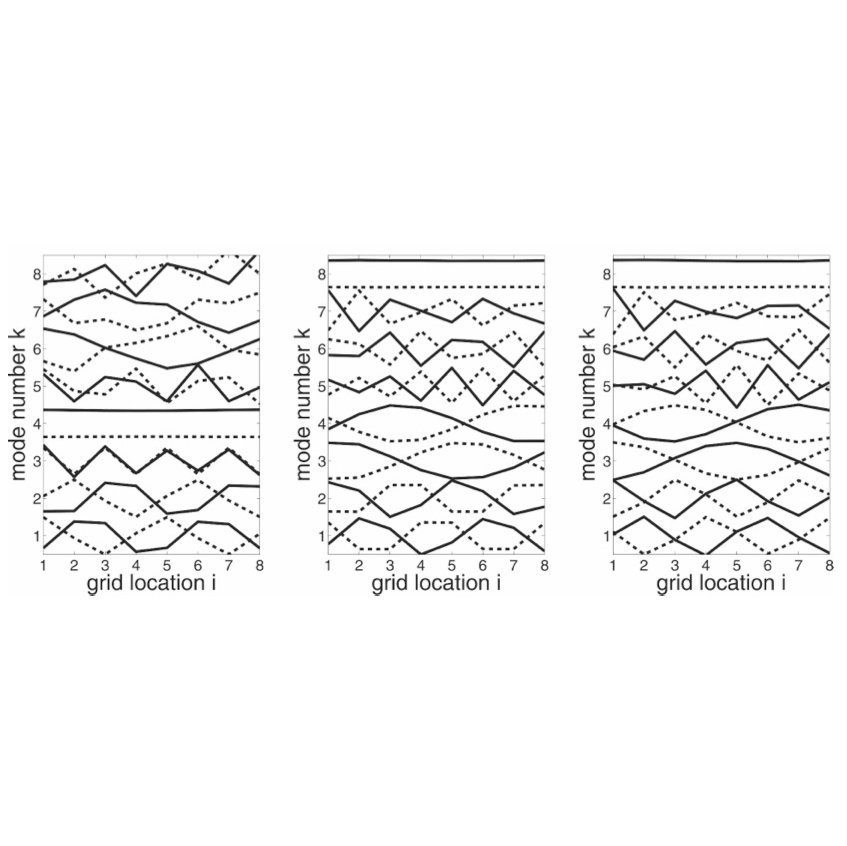 Abstract: The purpose of the present study is to use a new method of empirical model error correction, developed by Danforth et al. in 2007, based on estimating the systematic component of the nonperiodic errors linearly dependent on the anomalous state. The method uses singular value decomposition (SVD) to generate a basis of model errors and states. It requires only a time series of errors to estimate covariances and uses negligible additional computation during a forecast integration. As a result, it should be suitable for operational use at a relatively small computational expense. The method is tested with the Lorenz ’96 coupled system as the truth and an uncoupled version of the same system as a model. The authors demonstrate that the SVD method explains a significant component of the effect that the model’s unresolved state has on the resolved state and shows that the results are better than those obtained with Leith’s empirical correction operator. The improvement is attributed to the fact that the SVD truncation effectively reduces sampling errors. Forecast improvements of up to 1000% are seen when compared with the original model. The improvements come at the expense of weakening ensemble spread.