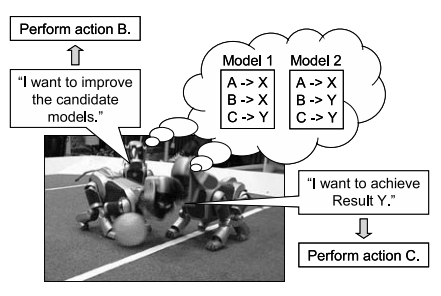 Abstract: In previous papers we have described a co-evolutionary algorithm (EEA), the estimation-exploration algorithm, that infers the hidden inner structure of systems using minimal testing. In this paper we introduce the concept of 'managed challenge' to alleviate the problem of disengagement in this and other co-evolutionary algorithms. A known problem in co-evolutionary dynamics occurs when one population systematically outperforms the other, resulting in a loss of selection pressure for both populations. In system identification (which deals with determining the inner structure of a system using only input/output data), multiple trials (a test that causes the system to produce some output) on the system to be identified must be performed. When such trials are costly, this disengagement results in wasted data that is not utilized by the evolutionary process. Here we propose that data from futile interactions should be stored during disengagement and automatically re-introduced later, when the population re-engages: we refer to this as the test bank. We demonstrate that the advantage of the test bank is two- fold: it allows for the discovery of more accurate models, and it reduces the amount of required training data for both parametric identification – parameterizing inner structure – and symbolic identification – approximating inner structure using symbolic equations – of nonlinear systems.