A Method for Isolating Morphological Effects on Evolved Behaviour

From Animals to Animats, 7: Proceedings of the Seventh International Conference on Simulation of Adaptive Behavior, 7, 305, 2002 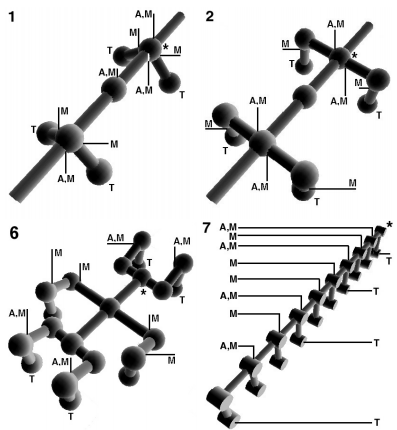 Abstract: As the field of embodied cognitive science begins to mature, it is imperative to develop methods for identifying and quantifying the constraints and opportunities an agent’s body places on its possible behaviours. In this paper we present results from a set of experiments conducted on 10 different legged agents, in which we evolve neural controllers for locomotion. The genetic algorithm and neural network architecture were kept constant across the agent set, but the agents had different sizes, masses and body plans. It was found that increased mass has a negative effect on the evolution of locomotion, but that this does not hold for all of the agents tested. Also, the number of legs has an effect on evolved behaviours, with hexapedal agents being the easiest for which to evolve locomotion, and wormlike agents being the most difficult. Moreover, it was found that repeating the experiments with a larger neural network increased the evolutionary potential of some of the agents, but not for all of them. The results suggest that by employing this methodology we can test hypotheses about the behavioural effect of specific morphological features, which has to date eluded precise quantitative analysis.