Natural emergence of clusters and bursts in network evolution 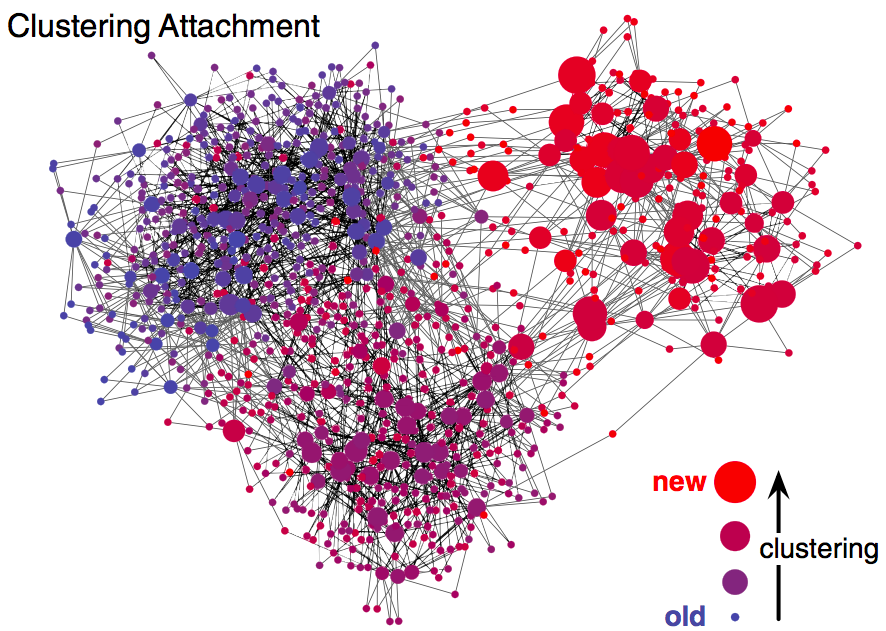 Abstract: Network models with preferential attachment, where new nodes are injected into the network and form links with existing nodes proportional to their current connectivity, have been well studied for some time. Extensions have been introduced where nodes attach proportionally to arbitrary fitness functions. However, in these models, attaching to a node always increases the ability of that node to gain more links in the future. We study network growth where nodes attach proportionally to the clustering coefficients, or local densities of triangles, of existing nodes. Attaching to a node typically lowers its clustering coefficient, in contrast to preferential attachment or rich-get-richer models. This simple modification naturally leads to a variety of rich phenomena, including aging, non-Poissonian bursty dynamics, and community formation. This theoretical model shows that complex network structure can be generated without artificially imposing multiple dynamical mechanisms and may reveal potentially overlooked mechanisms present in complex systems.