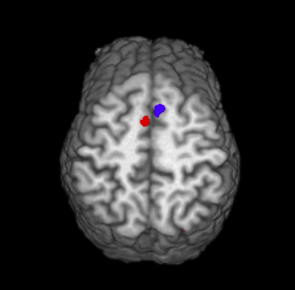 Abstract:
Background The chronic use of cannabis has been associated with error processing dysfunction, in particular, hypoactivity in the dorsal anterior cingulate cortex (dACC) during the processing of cognitive errors. Given the role of such activity in influencing post-error adaptive behaviour, we hypothesised that chronic cannabis users would have significantly poorer learning from errors. Methods Fifteen chronic cannabis users (four females, mean age = 22.40 years, SD = 4.29) and 15 control participants (two females, mean age = 23.27 years, SD = 3.67) were administered a paired associate learning task that enabled participants to learn from their errors, during fMRI data collection. Results Compared with controls, chronic cannabis users showed (i) a lower recall error-correction rate and (ii) hypoactivity in the dACC and left hippocampus during the processing of error-related feedback and re-encoding of the correct response. The difference in error-related dACC activation between cannabis users and healthy controls varied as a function of error type, with the control group showing a significantly greater difference between corrected and repeated errors than the cannabis group. Conclusions The present results suggest that chronic cannabis users have poorer learning from errors, with the failure to adapt performance associated with hypoactivity in error-related dACC and hippocampal regions. The findings highlight a consequence of performance monitoring dysfunction in drug abuse and the potential consequence this cognitive impairment has for the symptom of failing to learn from negative feedback seen in cannabis and other forms of dependence.