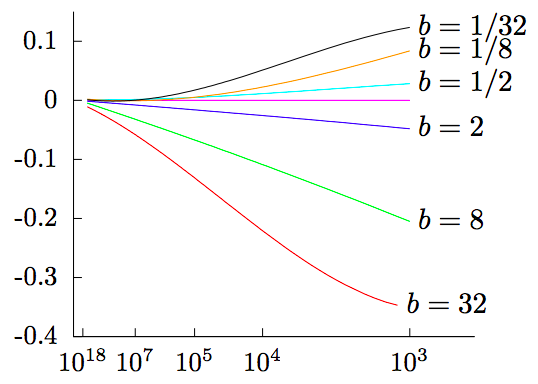 Abstract:
We study the Kleinberg problem of navigation in Small World networks when the underlying lattice is stretched along a preferred direction. Extensive simulations confirm that maximally efficient navigation is attained when the length r of long-range links is taken from the distribution P(r)~r^-α, when the exponent α is equal to 2, the dimension of the underlying lattice, regardless of the amount of anisotropy, but only in the limit of infinite lattice size, L→∞. For finite size lattices we find an optimal α(L) that depends strongly on L. The convergence to α=2 as L→∞ shows interesting power-law dependence on the anisotropy strength. 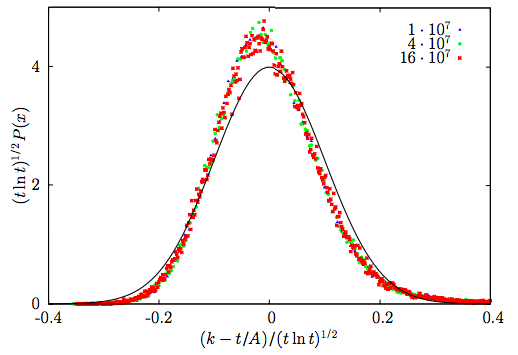 Phase transition in the rich-get-richer mechanism due to finite-size effects.

Abstract:
The rich-get-richer mechanism (agents increase their 'wealth' randomly at a rate proportional to their holdings) is often invoked to explain the Pareto power-law distribution observed in many physical situations, such as the degree distribution of growing scale free nets. We use two different analytical approaches, as well as numerical simulations, to study the case where the number of agents is fixed and finite (but large), and the rich-get-richer mechanism is invoked a fraction r of the time (the remainder of the time wealth is disbursed by a homogeneous process). At short times, we recover the Pareto law observed for an unbounded number of agents. In later times, the (moving) distribution can be scaled to reveal a phase transition with a Gaussian asymptotic form for r < 1/2 and a Pareto-like tail (on the positive side) and a novel stretched exponential decay (on the negative side) for r > 1/2. 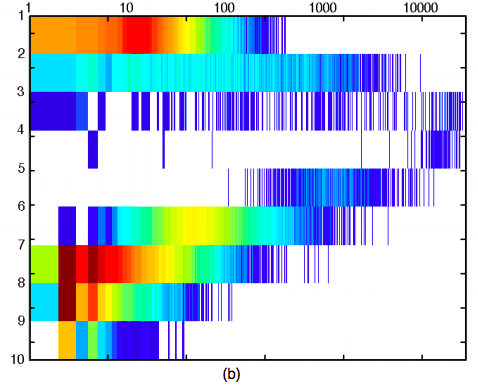 Abstract:
We propose a method for characterizing large complex networks by introducing a new matrix structure, unique for a given network, which encodes structural information; provides useful visualization, even for very large networks; and allows for rigorous statistical comparison between networks. Dynamic processes such as percolation can be visualized using animations. Applications to graph theory are discussed, as are generalizations to weighted networks, real-world network similarity testing, and applicability to the graph isomorphism problem.

How Famous is a Scientist? -- Famous to Those Who Know Us.

Abstract:
Following a recent idea, to measure fame by the number of Google hits found in a search on the WWW, we study the relation between fame (Google hits) and merit (number of papers posted on an electronic archive) for a random group of scientists in condensed matter and statistical physics. Our findings show that fame and merit in science are linearly related, and that the probability distribution for a certain level of fame falls off exponentially. This is in sharp contrast with the original findings about WW II ace pilots, for which fame is exponentially related to merit (number of downed planes), and the probability of fame decays in power-law fashion. Other groups in our study show similar patterns of fame as for ace pilots.