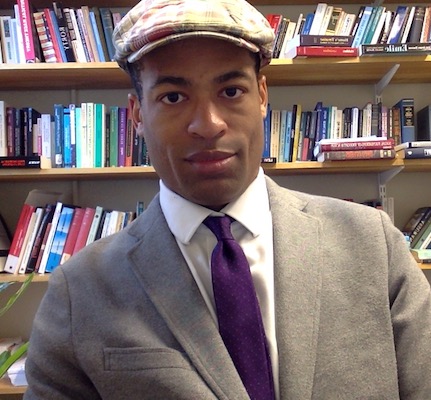 Harp's main research interests are in the philosophy of action (particularly collective action, free will, and decision theory) and in the philosophy of social science. His research engages with questions of the proper way to characterize individual versus collective goals, and of the proper way for a model of deliberation to incorporate these goals such that we can account for collective action. He is also interested in the explanatory powers of collective entities (including questions of how much reduction can be had of those collective entities, and of the form that the reduction takes). His other research interests include the explanatory adequacy of rational choice models of human agency, and of the nature of explanation in the behavioral sciences.

Abstract:
Raimo Tuomela is one of the most distinguished authors working in the field of social ontology, and this book is a helpful presentation and elaboration of the views he has been developing since at least the 1980s. I find the material very challenging, and indeed in some spots quite puzzling. This is partly due to the depth and sophistication of the material itself, but I suspect it is also partly due to how the arguments are presented and defended. While I cannot hope to do justice to all of the arguments Tuomela presents, I’ll evaluate what I take to be the most significant of them. The field of social ontology can be divided into two main (and possibly overlapping) sub-fields: the first concerns group agents, while the second concerns social reality. Tuomela’s book primarily treats questions regarding group agents. The first seven chapters of his book are about the properties of group agents and how they relate to individual agents: how group agents act; how the attitudes of …

Abstract:
Our best social scientific theories try to tell us something about the social world. But is talk of a “social world” a metaphor that we ought not take too seriously? In particular, do the denizens of the social world—cultural values like the Protestant work ethic, firms like ExxonMobil, norms like standards of dress and behavior, institutions like the legal system, teams like FC Barcelona, conventions like marriages—exist? The question is not merely academic. Social scientists use these different social entities to explain social phenomena such as the rise of capitalism, the decline in oil prices, or the effect of unions on the sports labor market. But how could these explanations possibly work if social entities don’t exist?

Reid on the Autonomy of Ethics: From Active Power to Moral Nonnaturalism.

Abstract:
Thomas Reid has the unusual distinction of arriving at a metaethical position very much like G. E. Moore's via a route very similar to that employed by the Kantians. That is, Reid embraces a version of nonnaturalist moral realism by appeal not to open question-style considerations but to a particular account of agency. In this essay, we reconstruct Reid's agency-centered argument for his constitutivist version of moral nonnaturalism, highlighting its commitments. Having presented Reid's argument, we close by considering a prominent contemporary Kantian view, namely, Christine Korsgaard's, and identifying where, despite their common commitments, Reid and Korsgaard part company. The comparison, we suggest, is instructive because it allows us to see more clearly why the link between agency-centered approaches to ethical theorizing and nonrealist, constitutivist views of morality, such as Korsgaard's, is deeply contingent.

Why Pursue Unification?: A Social-Epistemological Puzzle.

Abstract:
Many have argued that unified theories ought to be pursued wherever possible. We deny this on the basis of social-epistemological and decision-theoretic considerations. Consequently, those seeking a more ubiquitous role for unification must either attend to the scientific community’s social structure in greater detail than has been the case, and/or radically revise their conception of unification.

Abstract:
Christine Korsgaard’s 1996 book, The Sources of Normativity, attracted a great deal of attention. And rightly so. It is a highly engaging attempt to answer what she calls the normative question, which is the question of what could justify morality’s demands. Korsgaard’s latest book, Self-Constitution, develops and defends the broadly Kantian account of action and agency that hovers in the background of Sources, drawing out its implications for the normative question. In this review, we present the main lines of argument in Self-Constitution, raising objections to both Korsgaard’s account of action and agency and her most recent attempt to address the normative question.

The Collective Pursuit of Unification: The Role of Collective Epistemic Goals.

Abstract:
This paper provides a simple game-theoretic analysis of unification. We argue that ceteris paribus a unified theory that promises greater cognitive benefits but also requires cooperation between scientists with different areas of specialization is no more rational to pursue than a less unified theory that promises lower cognitive benefits but requires no such cooperation. Further, pursuing unification becomes more rational when scientists adopt collective epistemic goals. Our analysis suggests a wide-ranging social epistemology that identifies conditions wherein different kinds of unification are rational to pursue.