The fields of AI and ALife share a common history and a common approach: true understanding of living systems can only be demonstrated by successfully re-creating them using biology and/or technology. But mind and life are two of the most mysterious systems known to us, so re-creating them is exceedingly challenging, exciting and, at times, surprising. Recently, AI has "thrown down the gauntlet" by making large strides forward in understanding some aspects of intelligence, and intelligence is one of many phenomena expressed by living systems; this suggests that more big discoveries are yet to come. So, we invite you to join us, July 2020, to continue the search for answers to life, the universe, and everything.
Dates - July 13-18, 2020
Location - Virtual
Organizers - Vermont Complex Systems Center, University of Vermont
Hashtag - #ALIFE2020

ALife is the flagship conference of the International Society for Artificial Life, which aims to bring together leading researchers and practitioners working on problems related to simulating and synthesizing complex phenomena in computation, biology, artificial intelligence, robotics, philosophy, and cognitive science, just to name a few. The ALife conference has a long history of encouraging multi-disciplinary collaboration across research, business, arts, and design and we look forward to upholding this long standing tradition at the ALife 2020 conference.

The first Artificial Life workshop was held in Los Alamos, New Mexico in 1987 and brought together a (now rather legendary) group of researchers from a wide range of disciplines to explore the latest advances in the synthesis and simulation of living systems. This seminal workshop, organized by LANL and the Santa Fe Institute, gave birth to the field of Artificial Life. 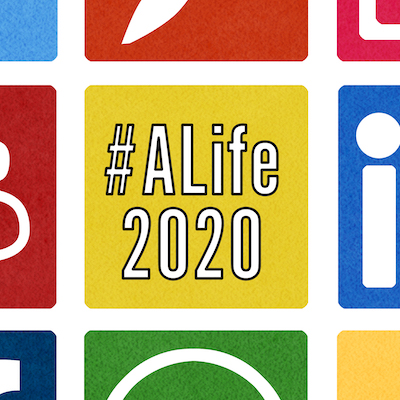